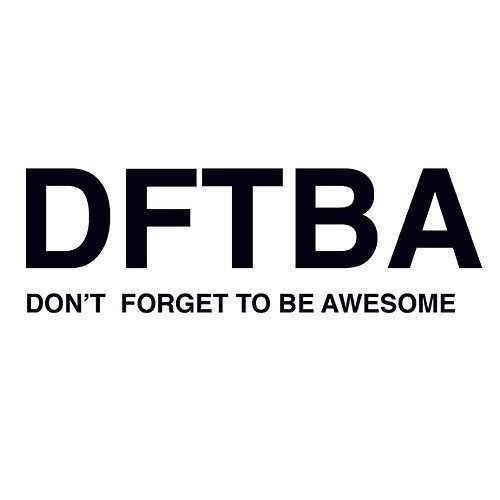 It’s been a wild half year. I joke that hitting the BIG 3-ohh has added to my wisdom and brilliance, but let’s be real. I feel like the same nervous awkward chick I’ve been since college.

I will run around trying new things, but I’m constantly worried if I’m successful enough. I write articles I stay up at night fearing people will hate, and I get stressed if my Mom doesn’t call every day. I’m always meeting new people and worrying if they like me, wondering if I said the right/wrong thing, hoping everyone got my Twitter jokes.

Trying to be a grown up is silly. So I’m working on just being. And being awesome.

Being “yourself” is a funny concept. Accepting that I probably think about it more than maybe anyone else is part of the reality, I guess. How much do you wonder about what others think? Does your own voice get lost in people pleasing? Trying to be something you aren’t? It might distract you FROM AWESOME.

Whether you are the highest form of “got your self figured out” or are just gazing at the path to an end goal, Don’t Forget to be Awesome.

Sometimes I like Pinterest. And I like short, sweet inspiring quotes. Two things I might have just lost some of you admitting. But every once it a while, I find it totally uplifting to read some of these quotes I’ve bookmarked. It’s a good reminder – we are all on a journey. They are all different, but all intertwined. While you are figuring you out, don’t forget to be awesome.